“Peace firstly means there are no wars … but it also means that there is friendship between all, that every day a step ahead is made for justice, so that there are no more children who are hungry, that there are no more sick children who do not have the possibility of receiving healthcare. Doing all of this means making peace. Peace involves work, it is not about staying calm and doing nothing. No! True peace means working so that everyone has a solution to the problems, to the needs, that they have in their land, in their homeland, in their family, in their society.” — Pope Francis

As our calendar year is coming to an end, we once again reach out to you for your support.  Your continued generosity has assisted all our work, as we try to practice the way of nonviolence and aspire for peace and justice.  Since Pax Christi Massachusetts does not charge membership dues, we depend on donations to fund our Annual Retreat, our Annual Assembly, our semi-annual newsletters, and our grants to new local groups that are beginning the work of Pax Christi Massachusetts.

This past April we held a spring retreat at Elms College in Chicopee and were thrilled to see an excellent participation level.  Western Massachusetts really hit it out of the park!  Fr. Warren Savage facilitated what proved to be a profound experience as we reflected on the theme Witnessing the Roots of Peace in a World of Discord and Hate. In October, we gathered for our Annual Assembly at St. Malachy Parish in Burlington where Erin Freeborn and Candace Julyan from the Communities for Restorative Justice (C4RJ) engaged us in thoughtful discussion and reflection about the positive changes in society that restorative justice practices can yield.  Pax Christi Massachusetts also co-sponsored this year’s Annual St. Francis Day at Agape and published two comprehensive newsletters that highlighted several social justice initiatives happening in our state.

We know that you receive numerous requests for charitable contributions this time of year.  We would be very grateful if you could help out. No donation is too small. Please consider writing a tax-deductible check to Pax Christi Massachusetts and sending it to 6 Bolser Avenue, Natick MA 01760.

Pax Christi MetroWest and Mass. Peace Action are sponsoring a 3-part Study Group about the Palestine / Israel conflict, based on research by scholars in both America and the Middle East.

The conflict in the Middle East, especially Israel / Palestine, is currently often in our news media.  But most Americans do not know the history and current realities of this conflict, and as importantly, steps toward peace in the region that we can take locally.

The Study Group discussions will focus on the informative book, Steadfast Hope: The Palestinian quest for Just Peace  and a companion DVD.  These resources are researched, written, and published by the national Episcopalian and Presbyterian churches.

This 46 page booklet and DVD will be available prior to the start of each 3-series meetings.    Each discussion meeting will take about 90 minutes.

Currently a new Study Group will meet at the Xaverian House of Prayer / Fatima Shrine in Holliston on three Friday afternoons at 4 PM, usually lasting a bit over an hour.

The purpose of the Pax Christi MetroWest group is to work toward peace, justice, and equality with a special focus on Palestine / Israel.    We do this by:

Erin Freeborn, the executive director of Communities for Restorative Justice (C4RJ) lead this year’s annual assembly.  The assembly took place at St. Mulachy’s Parish, 99 Bedford Street, Burlington, MA on Saturday October 20th from 11am to 3:30pm.  Photographs from the day are included here. 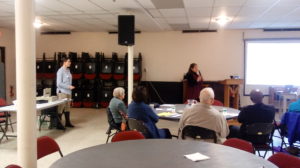 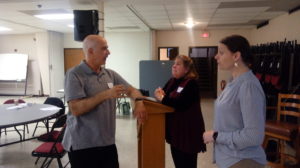 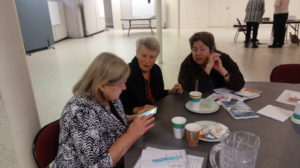 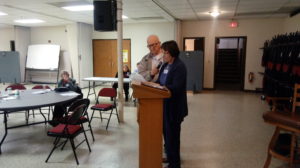 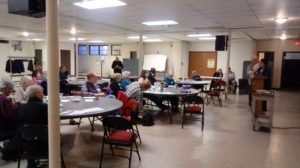 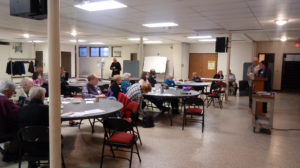 “The land of the free and the home of the brave” is quickly becoming an oxymoron with the latest decision by the White House to deploy the National Guard to the Southern Border region of the US. This is another indignity aimed at our immigrant and refugee sisters and brothers who predominantly come from communities of color.  Those coming today are mostly women and children seeking request for asylum under US domestic law.  They post no security threat, nor are they the villains that the White House portrays.    In addition this administration’s suggestion to arm teachers and security guards in our schools and the continuing militarization of our city streets is a sad commentary on the moral values of this current administration.

To confront areas of tension with weapons of violence is to breed more violence.  Adding to tensions already present is to set a stage which is dangerous, ineffective and morally irresponsible.

Our Catholic Social Teaching stresses that equality and dignity are the result of human security (not border security), freedom to learn and thrive in an atmosphere of respect (not fear of being killed for holding a cell phone), and where the common good of all enacts sensible gun legislation (and not bowing to a gun lobby whose only interest is a profit motive.)

As members of Pax Christi USA we encourage us all to use our power to address the disproportionate and growing issue of militarism that is both a contradiction and an affront to our values as members of the community of peacemakers. 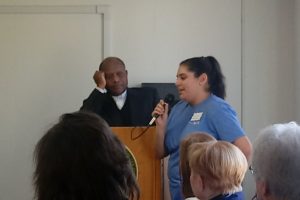 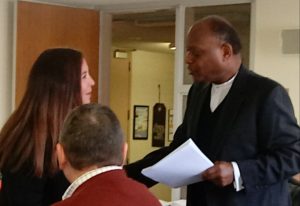 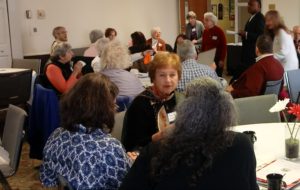 Transcending the deep racism in our history and the current
worldwide anti-immigrant feeling to re-engage public
discourse and build the beloved community of
Dr. Martin Luther King Jr.’s dream.

[from the Winter-Spring 2018 Newsletter, article by Mike Moran]

On Monday, August 28th in Washington DC, one thousand ministers will March from the Martin Luther King Jr. Memorial to the Department of Justice to reaffirm that religious and community leaders are committed to being at the forefront of Social Justice and Civil Rights as Dr. King did 54 years ago.  See more details here.  #MM4J

In her latest newsletter, Sister Helen speaks about the ongoing executions in Arkansas, the struggle to prevent them, and other updates on the movement to end the death penalty 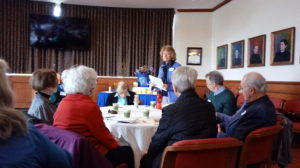 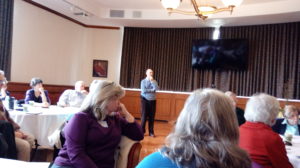 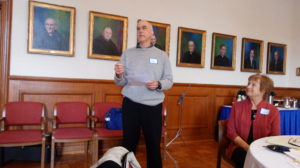 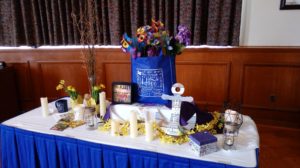 The Pax Christi Massachusetts Spring Retreat took place on Saturday, April 8th from 9:00 a.m. to 3:00 p.m. at Assumption College in Worcester (La Maison Administration Building, 500 Salisbury St.).  The retreat was directed by Fr. Tom McMurray SJ with a theme of “Living Hope” and allowed those in attendance to further ground their hope in God’s promise, compassion, faithfulness and dream for us and all creation.

From Noon to 3pm on April 14th (Good Friday) join with various peace and religious communities in the front of the Massachusetts Statehouse in Boston in a silent vigil with individual reflections on the sufferings of Christ as we see the sufferings of the world crucified by war and violence.  All are welcome